Stories from Cowboy Christmases Past 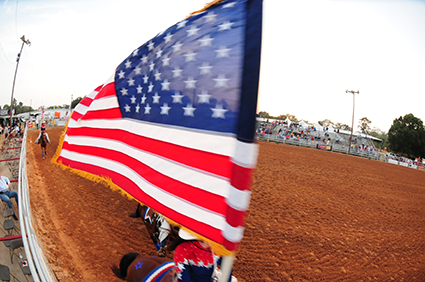 The world looks a little different this July than it did a year ago. With all that’s going on, including fallout from the coronavirus pandemic, the landscape of this year’s Cowboy Christmas is no exception. As some rodeos—many of which have been pillars of the big Fourth of July run in professional rodeo for decades—have cancelled, and others postponed, professional rodeo athletes are adjusting their game plans and going about their business as best they can. 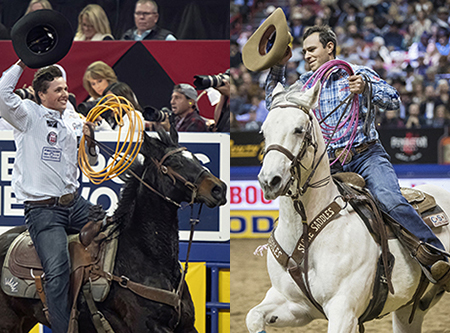 Clay Smith and Wesley Thorp are the 2019 World Champion Team Ropers. Clay headed for Jade Corkill. Wesley heeled for Cody Snow. Due to differences in money won between partners on both teams riding into the $10 million, December 5-14 Wrangler National Finals Rodeo, a split decision was in the mix all along. The resulting implication was a nail-biting, dramatic-fashion finish where the world titles came down to Round 10. 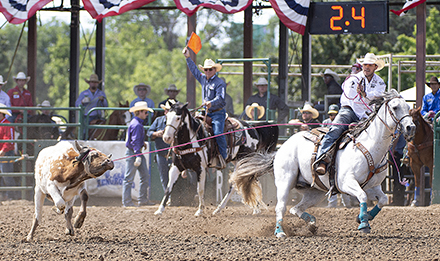 On the brink of the 2019 Wrangler National Finals Rodeo, which this year runs December 5-14, the field is set. Rodeo’s Super Bowl will light up Las Vegas with the Top 15 in the world in each event battling it out for the ultimate reward—strapping on a gold buckle. After duking it out during the regular season, the top rodeo athletes on the planet will ante up and go all-in for 10 straight nights.

PENDLETON, ORE. – Since its inception in 1910, the Pendleton Round-Up has not strayed from its roots. That may be the greatest compliment the iconic Oregon fall classic cowboy contest could receive, as over the course of the Round-Up’s 109-year run and ProRodeo Hall of Fame-worthy reign, its rich history and deep traditions have stood the test of time.
Anything—in any event—can happen out there on the grass. And it does. No matter how many times you’ve been to Pendleton, you’re certain to see something you’ve never seen before. Every time. There’s no such thing as an ordinary performance or an uneventful Pendleton Round-Up. This year, the one constant theme seemed to be records.